Release date for Hope For The Lost 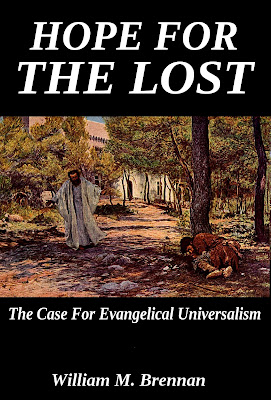 Hope For The Lost is now available. You can order your copy with the payment link on the right.

Hope for the Lost:
The Case for Evangelical Universalism
by William M. Brennan


This work is organized after the model of the fourfold curriculum, beleaguered and maligned though it may be. The for general divisions covered are Historical Concerns, Biblical Concerns, Theological Concerns and Practical Concerns:
Posted by William Brennan at 10:43 PM No comments: